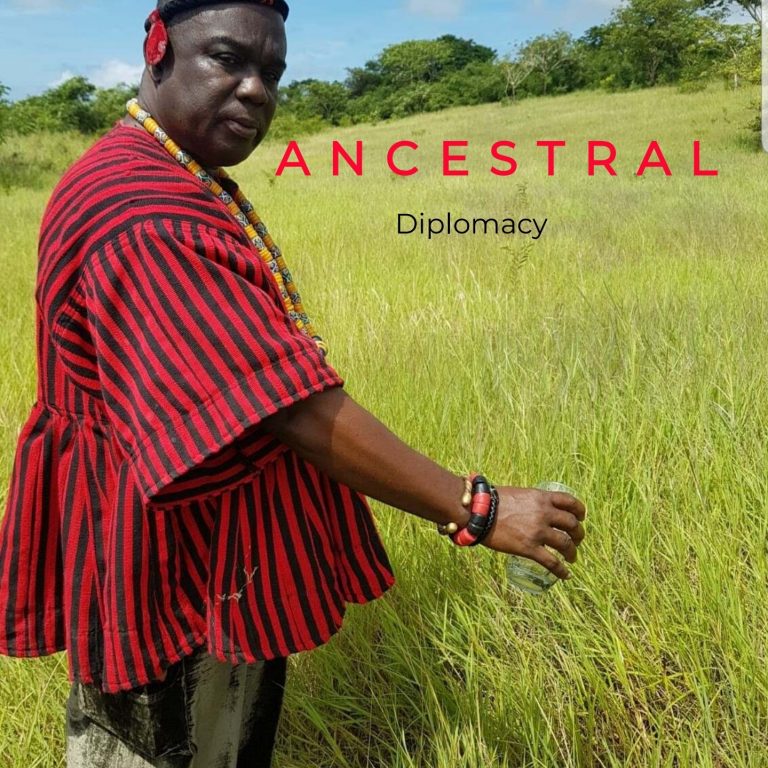 Introduction
Barbados’ Commercial and Cultural Attaché to Ghana, Mr. Courtney “Phil” Phillips, in seeking a theoretical basis for the type of diplomacy that is represented by his practical experience which goes beyond the usual formal diplomacy of the State, requested that the Centre for Hybrid Studies (CHyS) elaborate on his inchoate notion of Ancestral Diplomacy.

Three Worships, an Old Warlock and Many Lawless Forces: The Court Trial of an African Doctor who Practised ‘Obeah to Cure’, in Early Nineteenth Century Jamaica

Tukontology’ is an approach to studying the process of creolisation (termed ‘hybridity’ or ‘partnerships’ by other scholars) that is grounded in the findings of Science Studies generally and Actor-Network-Theory in particular. A musical metaphor, based on the Barbadian triune TukBand orchestra, is used to help elaborate how encounters between groups can be studied symmetrically without resorting to the knowledge of any hegemonic group as a privileged resource for explaining other groups. In the tukontological orchestra, the Penny Whistle represents creativity; the Kettle Drum serves as ways of knowing, and the Boom Drum composes ontologies. In this article, the approach is used to describe the report of an obeah trial that occurred in the slave courts of Jamaica in 1824. The testimony of the trial provides an excellent text for understanding an encounter between the force of African obeah and English forces. It is argued that the English court as an auditorium – with its forces of science, medicine, and laws arrayed against a single accused African and his force – was able to isolate and weaken obeah, a force that was ordinarily held in awe by Africans in their own communities and by some English outside of the court. The article also explains why it was inevitable, though not inherently truthful, that the court would view the work involving obeah as irrational, and in the end deem the African sage, referred to as an ‘old warlock’ by The Times, to be fraudulent.

Tukontology: How West African Sages Used Their Sciences to Beat Out Potent Forces in a British West Indian Auditorium

INTRODUCTION West African powers in the Caribbean have often been studied as important cultural and religious formations. This paper treats them as ontological formations by collapsing the modern opposition between reason/knowledge and power/force. The distinction between the “knowing” West anchored in a unified scientific reason and the “believing” Rest who trust in many cultures is therefore refused. With the above prerequisite in mind, a new approach to creolization, termed “tukontology,” is deployed to reveal a Kuhnian type paradigm shift in the war-medicine of blacks on British West Indian plantations between 1645 and emancipation in 1838.

Tukontology: An Approach For Describing European And African Orchestration Of Reality In The Caribbean

Introduction
Any full investigation of Caribbean lifeways must be able to account for the creolising interactions of Amerindian, African, European and Indian ways of knowing and making in the region’s transcultural space. There are various creolisation models that seek to accomplish this task. Unfortunately, they all suffer from the self-imposed limitation of focusing only on the cultural side of the modern nature/culture duality. They often describe in detail the plural cultural beliefs of the Caribbean. At the same time, however, they pay homage to western scientific “facts” about nature and routinely use them as an unproblematic resource to explain the “beliefs” of all others. In other words, they behave as though no one, other than Europeans, ever developed knowledge that is authorised to explain the one possible reality known as nature even though all peoples may have constructed many exciting, interesting and exotic cultural beliefs. This “great division,” recalling the human/animal divide, opposes Europeans who invented reason, science, and what it means to be free to other societies who “let themselves be defined by tradition” and opinion (Stengers 2000:62). This manner of reasoning is at the heart of western hegemony.
Tukontology was developed to counter this western hegemony and to reform the creole models that accept the modern invention of plural cultures playing over a single nature. Informed by Actor-Network-Theory (ANT), it uses music as a heuristic that should give scholars who may not be familiar with the theoretical nuances Science Studies the opportunity to internalise an approach that is easy to visualise and that can make a fundamental difference to how they describe the world. It also eschews the habit of viewing western science as the only authority that “knows” about a single nature and, because of this authority, is able to judge all other ways of knowing and making to be mere cultural “beliefs.” This new approach is proposed as a practical tool that will enable scholars to synchronically and diachronically describe the outcomes of colliding traditional lifeways and their derivative ontologies. Importantly, it neither starts with the modern assumption of a culture/nature duality nor does it use the hegemonic “laws” of western science as resources across all ways of knowing.